Which Social Media Platform is Best for Your Brand? 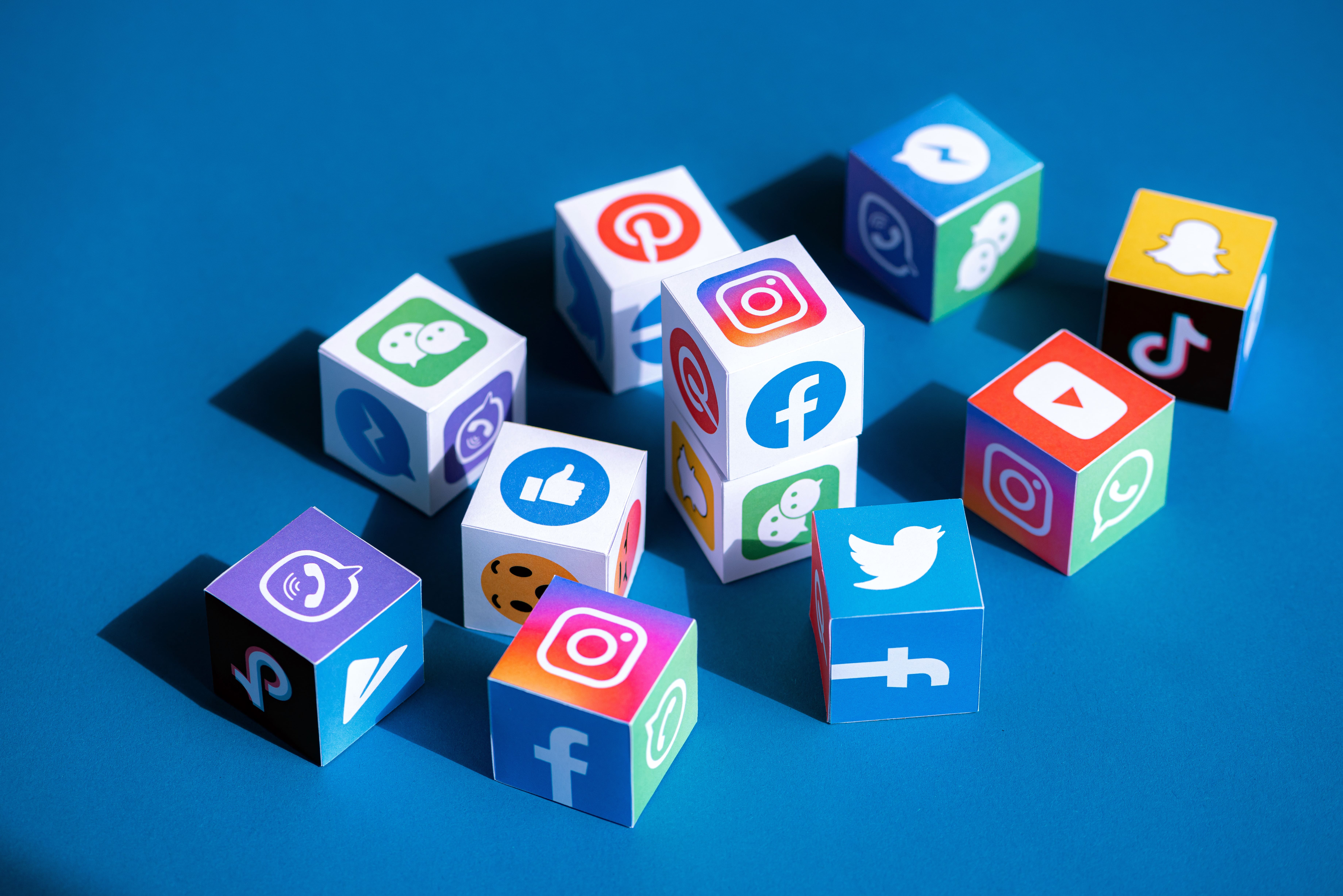 Listen to this article:

Social media platforms are no longer only for person-to-person interaction. They are used successfully throughout the world across potentially every industry to gain customers, improve support, and increase awareness.

There’s a variety of social platforms to utilize for your brand and each one will see some success. However, there’s always one platform that rules over all others when looking for growth. Understand the difference between each platform to uncover which one is best for your industry and business so you can better reach your current and potential customers.

Difference Between Each Social Media Platform

Let’s take a dive into what differentiates each platform. With this information, you can align your marketing strategy with one platform’s strengths, avoid another for its weaknesses, and dabble into the platforms that fall in between. Keep in mind that a platform is only as strong as its userbase, so much of its success relies on who uses it.

The social platform to rule them—or so they want you to believe. FB is definitely a reliable choice and a network that has one of the best ad platforms available. It’s been around for a while; used by folks of all ages, locations, genders, and interests; and is essentially a household name with 2.89 billion active monthly users.

Facebook ads are incredibly affordable, which is great for startups and small businesses. Products can now even be purchased directly on the platform, making it even easier to turn FB users into customers.

The takeaway is that Facebook’s social media network is an ideal place to start and a great place to engage with customers.

Owned by FB, Instagram is the photo-friendly social network used by over a billion people. Here’s where things start to get interesting: Instagram is used in large part by people between the ages of 25 and 34.

It’s an entirely visual social network, relying on photos, videos, and graphics to tell a story and make connections. That means you forgo the text and use creative visual elements to represent your brand.

Another network that’s been around for over a decade, Twitter is basically the opposite of Instagram. It relies heavily on text-based content (though visual media can be published as well).

Twitter is a place for bite-sized info, news, and—most importantly—conversation. Here is where you can connect directly with your customers. You can ask questions, respond publicly to feedback, and give your company a voice, a personality.

A great example is the Wendy’s Twitter account, which gained exponential success with responses, quips, and a personality Twitter users love. This leads us to who Twitter users are: the majority are between 24 and 34. But Twitter is just as widely used as Facebook when it comes to demographics, so just because the majority falls in that age group, it doesn’t mean there aren’t a lot of other people who use it. And with 330 million active users per month, there’s a lot of potential.

Twitter is great for conversing and humanizing your brand. You can’t sell products on the platform. Instead, you can develop genuine interest by directly connecting with your audience.

Do you belong on Reddit? Who’s to say, really. It’s entirely up to the Reddit community whether they accept you or not. But if your brand is all about statistics, hard info, and long conversations, this is certainly a place to try and enter (if the bouncer lets you in).

Reddit is simple on the surface: post stories, outbound links (which are the most popular for the platform), and stats. Users will comment, upvote, downvote, and share. But the thing about Reddit is that you need to do all of those things too which takes time and dedication.

The audience here is mostly tech-savvy males, but really there’s a subreddit for everything. The platform has 430 million users, but you’ll want to focus on your niche. Because if you can get your foot in the door and gain traction here, those that end up following you will be the most loyal customers of all.

The tried-and-true video social media platform used by over 2 billion people based on most recent stats, YouTube is a place where people can do anything from learning to laughing.

Notably, YouTube processes over 3 billion searches per month, making it the second most popular search engine in the world (the first being Google, surprise surprise). Its age demographic is a much broader range than the previously mentioned, between 18 years old and 49.

So, what’s YouTube used for? It depends on your schtick. Are you informing people or are you entertaining people? Because the platform solely uses the video media format, it’s a place for you to demonstrate something rather than connect. You won’t be having conversations here, you’ll more likely be posting tutorials, insider scoops, news pieces, or funny reels.

The latest and greatest social media platform focuses on quick, entertaining videos. TikTok actually has the highest engagement rate compared to all other social platforms, which means lots of potential.

The social platform is used mostly by folks between the ages of 16 and 24—so Gen Z. And with 800 million monthly users, it statistically beats Twitter. But engagement is different. Where Twitter is all about conversation, TikTok is all about entertainment. Yes, YouTube is about entertainment, too, but TikTik is bite-sized entertainment meant for young people. The demographic is much more restricted and if your brand doesn’t do video visuals, then it’s definitely the wrong bandwagon to hop on.

Snapchat’s created its own niche in the industry, which is necessary when competing with the likes of Instagram. It’s the pioneer of selfie-based photo sharing and lenses, giving it more of a quirky and jovial flavor than anything else.

Even though it feels overshadowed by the likes of TikTok and Instagram Stories nowadays, it still has a large audience of 229 million users who are largely under the age of 35.

Snapchat’s main focus is P2P media sharing, but it has a separate page for content discovery created by brands and brand stories appear between user stories. Endorsements are also incredibly popular on the platform.

Here, it’s all about fitting into Snapchat’s niche. You can create your own lens, post quirky content on the discovery page, or something else entirely. Find your footing and be attractive to the user base to win the Snapchat social media marketing game.

Finally, a social network whose majority user base is female. Here, there are over 360 million users who love to create inspiration boards for their next home project, vacation, meal—or literally anything else.

The takeaway with Pinterest is it’s shopping-focused. This is great for marketers publishing ads because each pin can reach nearly 170 million people.

Pinterest is a place for inspiration. It’s not about conversation, humor, or entertainment. It’s about creativity and planning.

On the business side of social media, LinkedIn is all about professional connections and company happenings. It’s definitely the leading platform for social engagement among businesses and professionals with over 690 million users.

Recruitment and company awareness in a B2B sense are the leading roles on LinkedIn. There’s an incredible publishing platform called Pulse that lets businesses write content that drives traffic to their websites and it has a powerful B2B ad platform that lets users narrow targets down to education and professional experience.

This isn’t the place to make jokes or flashy eye candy media content. It’s for nurturing professional connections and gaining employees, and can also be a useful business marketing tool.

Discover Which Social Platform Is Best for Your Brand

There’s no easy answer and there’s no single platform that benefits your brand entirely. You should aim to have a presence on at least two platforms to target different audiences and expand your marketing potential because one ad won’t attract everyone. It’s a great tactic to differentiate your product promotions depending on intended users.

Before diving into social media, ask yourself: who your ideal customer is, what type of business you are (B2B or B2C), and what your goal is for social media.

Answering these questions will help you narrow down and even eliminate some of the social media platforms that won’t benefit you in any way. This way, you can focus on what’s most important to your business and align those values with consumers who think similarly.

No matter which platform you end up utilizing, you need to monitor your presence. Most platforms have built-in tools to help you analyze user interaction data. If those don’t appeal to you, then look for 3rd-party programs that do. The better you understand your audience and their interaction with your company, the better you can adjust to maximize social media marketing potential.